You are here: Home / Golfing Equipment / The Evolution of Golf Balls 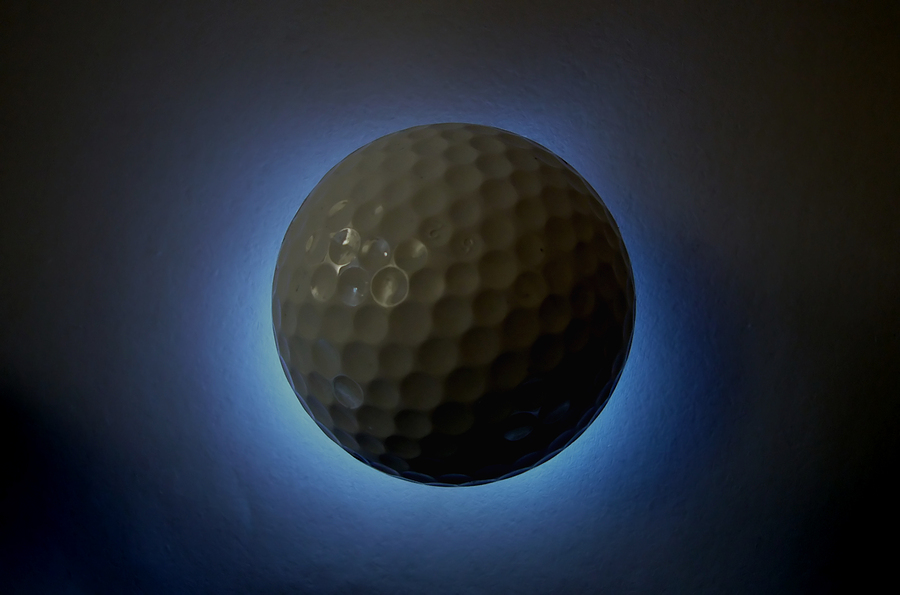 Since the game of golf, more or less as we know it today, was initiated in the 14th century, one can imagine primitive playing conditions, and rudimentary equipment.

That would apply to golf balls which were at that time, and were mostly made of wood, carved into a round shape. Obviously, the balls would be of differing sizes and weight depending on the type of wood used.

In the early 1600’s, the feather ball was introduced for playing golf. This was called the “Featherie” and it was made by hand with goose feathers that were very tightly packed into cow or horse hide covering. The feathers were packed while wet into a ball shape, and placed into the hide cover. As the feathers and hide dried, the leather shrank around the feathers, while the feathers expanded, resulting in a hardened ball.

A ball called the “Guttie” was put into the game of golf in 1848 by a Reverend Paterson. This ball was concocted from the sap of the Gutta rubber tree which grew in the tropics. When the rubber was heated, it was very easy to shape it into a ball shape and use in in golf as the ball to hit.

The Guttie was fairly easy to produce and it could even be repaired rather easily by reheating the ball, and then having it reshaped. The surface of the Guttie was smooth, unlike the featherie, which was usually painted and punched with a ball marker tool, which made it travel farther than the guttie. As time wore on, gutties were being manufactured more and more by machines where the balls could be fashioned in a similar and uniform manner from moulds, and a pattern could be stamped on the outside, giving the ball a further flight.

The mass production of the rubber balls made so much sense and the cost was so low, that the hand-made “featheries” were to expensive for the average golfer, so that line went out of business. By 1898 it became common practice to design and fashion the balls with a solid rubber core, but then with wound rubber thread, and encased in a guttie exterior. These balls gave an extra 20 yards or so on a drive, and were the real forerunners of today’s golf balls.

There are many varieties of balls today that can be used for various purposes. The USGA (United States Golfing Association) does set the standards for size and weight, but for the most part the balls have to conform to a basic structure that provides those parameters.

The antique balls are highly desired as collector items, as the dimple patterned Gutting that is is reasonably good condition, goes for around $500 on the open market.

Today’s balls have uniform dimpled surfaces, made of a urethane exterior, making an overall similar surface. The dimples improve trajectory the flight of the ball, allowing the player to better guide the ball as it is hit. The balls of today are really not that much different than the old “Gutties” except that they are the products of modern manufacturing techniques and they are more uniform.